Eating Ice Cream At The Edge

One of the good things about having done this triathlon thing for a long time is that I've had an opportunity to personally test out different training methods and can see how they work (or don't work!) for me. As they say, there are a lot of ways to skin a cat… Of course, I love my cat and have no interest in skinning him. ;) 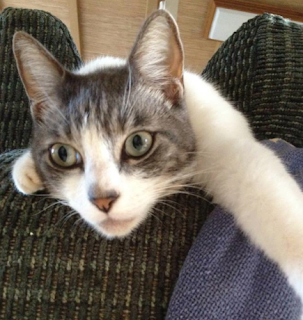 My point here is that I've done the group training thing, have trained on an 'as I feel' every day basis, I've done the extended HR training thing, I've tried high volume and low volume approaches, high intensity and low intensity, etc. Some definitely work better for me than others, and my what works for me may not be the same as what works for others, but I've found some general guidelines that I think are important for me.

In a nutshell, in order for me to feel good/strong, I need to train frequently (3-6x/week per sport and more seems to be better here). I need to do the vast majority of my running with my HR low. The more running I do with a controlled HR, the faster I run at that controlled HR, and the more I *can* run in total. And for me, total run volume is a big factor. When HR is controlled I find I'm able to go out and run 10-15 beats above that normal/low HR and feel awesome- like a machine. This is the feeling I find myself striving for. The thing is though, the only way for me to feel like a machine running at HR 160-165 is to get good at running at HR 145. That's why I'm willing to do so much running with my HR in the 140's.

I need to do a lot of specific strength work on the bike, and similar to run, total volume is big/important (for the most part, more is better), but I don't think tooling around with HR <130 is really all that beneficial for me so bike volume needs to be balanced with total overall fatigue. If/when I'm too tired to get HR >130 then it's time to rest.

As much as I hate to admit this, I don't really need to swim more than ~10K/week. Swimming more does make me slightly faster but after 30+ years of swimming a ton, I can get by on 10K/week and spend my extra time on bike/run and that is beneficial to the overall picture. I seriously hate to admit that because swimming more does make me feel better in the water! I just am reluctantly understanding that for me at this point with the goals that I have, 10K/week is enough. Bummer.

Anyway, I'm back on a higher volume bike/run training plan and for the most part I'm really liking it. I did a 10 day block where my hours were quite big (by my standards) and it was interesting to watch what was happening to my mind and body as those days went on… I was actually feeling quite good through day 8 or so… Just physically feeling good and motivated and HR was coming down for giving pace/power and everything was right in the world. I was on a roll! Clicking and ticking! Then on Day 9 I screwed up my fueling (by not taking in enough) and that hit me hard… Major bonking at the end of a run… walking home… emergency trip to McDonalds for some french fries that I hadn't had in years… I was a mess. (No, I have not checked yet to see if I won anything on that Minion Mania?) 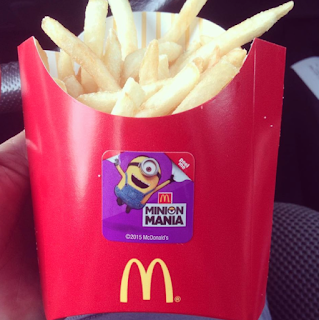 The problem with under fueling even once during a big volume block is that it takes a while to recover from that. Unfortunately, but not surprisingly, the next day wasn't any better. I was pissy during my swim. An hour into the ride I stopped for a snickers and a gatorade, hoping that would help (it didn't'). An hour later I stopped again for a giant Coke, which perked up my brain a little but did nothing to bring up my HR or my power. At that point I felt like I had a choice to make… continue on for a few more hours to hit the workout goal, or bail and go home? I spent a long time arguing with myself about this but eventually opted to just go home. Part of me felt like a failure for that, but another part of me remembered the overall big picture goal of training> Take yourself to a new fitness level by pushing just beyond your current limits. Then rest/recover. Then hit it again. 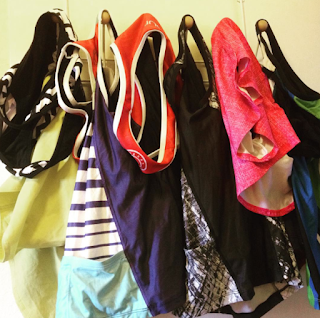 There were a lot of signs that day telling me I was (temporarily) DONE… HR was low and didn't want to come up, brain was pissy, appetite was gone (but I was eating crap out of desperation). That might be the most unhealthy part of Ironman training- when you get past the point where healthy food is enough to sustain you so you end up eating ice cream and french fries and mac-n-cheese. I know I am not alone in getting to this point but yikes fuel your body with crap and you're going to feel like crap. Except the ice cream worked I think b/c I came back the next day and ran pretty well. :) I guess there's a balance there. 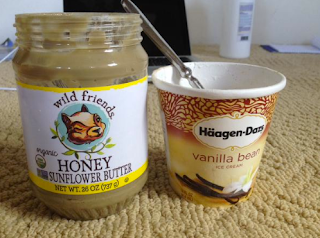 Anyway, the good news about the training I'm doing now is that it feels really right because there's some recovery built into the plan. I think where I screwed up in 2013 was that there wasn't much recovery built in… so I'd push to this point then keep barreling right on through it. I really wanted to see what was on the other side that year so I'm not bummed I went and found out, but a series of poor race results was enough to scare me away from making that same mistake again. The thing is though, for me anyway, I don't get results if I don't push myself at least close to the edge in training. I think that was my pitfall last year. I tried to do it on a lower volume plan and made up for the fewer hours by increasing intensity and damn I wish that route worked for me but it just doesn't.

I'm enjoying this year though watching HR like a hawk again and patiently building myself back into the bulletproof athlete I want to be. The only way I've found I'm able to keep my HR controlled is by watching it on pretty much every run and adjusting my efforts accordingly. Sometimes, when our humidity levels go up significantly, this means slowing down a ton and walking (gasp!) when it's stupidly hot. In good news, I've found that when I drink Osmo Pre-load prior to a long/hot effort, HR stays more controlled for sure. My goal is never to run slow- it's always just to keep HR in control- so whatever tricks I can use to keep HR lower are tricks I learn to use! Staying hydrated and getting enough sleep are probably the two biggest factors there.

Anyway, enough about this for now. I've had a few lighter days which I've really enjoyed (I don't resist rest when I know I need it!) but it's back on for big training over the next few days again. We'll see if I can go find the edge again. You'll know when I've found it because I'll start posting pictures of ice cream... :)
Posted by Michelle Simmons 1 comment: